2016 has been a blast, and a very happy new year to everyone! This week’s analysis will be a little heavier, so keep calm and read on. Let’s just dive straight into the market analysis for this week:

RECAP OF LAST WEEK’S PREDICTIONS – HOW DID IT GO?

This week, we saw the EURAUD climb even higher after a mini pullback that didn’t touch the EMA. Those who took entries intra-day would have seen large profits, while those who took longer-term positions would have in-the-money positions. Congratulations to those who took this trade!

This week, the EURAUD climbed higher and close with some profit-taking.
Source: MetaTrader 4

The chart still shows that EURAUD is bullish, and it is still wise to hold on to any long positions, adding on if a gentle pullback to the EMA occurs.

Last week, a bullish call was given for the EURCAD.
Source: MetaTrader 4

Traders were advised to enter only intra-day, which meant profit taking was to also be intra-day. Those that followed this advice did well:

This week, the EURCAD climbed higher and closed with heavy profit-taking.
Source: MetaTrader 4

Despite the heavy profit taking on Friday, the intra-day traders would have already taken profits. Those who bought near the EMA would also have seen great profits and have at least had partial profit-taking, securing the profits on the position.

#3 Wait for pullback to EMA on USDCHF (D1 chart) and buy on a touch of the EMA (with a good bullish bar!)

Those who waited for a USDCHF pullback to the EMA saw it, but the pullback was very violent. Here’s how it looks like since last Friday:

The pullback was very violent, and profit-taking from bears was very substantial.
Source: MetaTrader 4

This week, we expect the USDCHF to remain sideways, as traders consolidate what the huge candle (on last friday) would mean for 2017. Don’t expect to have your trades on USDCHF run quickly in one direction; let it consolidate for 3-5 days before deciding again. This will be on my watchlist, but will not be a top priority. Bulls would be looking to buy near 1.01000, so watch out for the price action at this level.

The S&P has travelled upwards rather violently in 2016. After a mild correction to the 20EMA, it is wise to look to buy on bullish bars near the EMA. Profit targets can be near the all-time high, or even further up (2300 and above). However, note the following:

Bearish on the Hang Seng Index. Short near the EMA with bearish confirmation bars.

Bears have exerted their influence, and will continue to exert influence unless the bulls suddenly show up for no reason at all.
Source: MetaTrader 4

Bears will be happy to short near the EMA and at any prior resistance. If the Hang Seng index climbs up beyond the EMA, it is unlikely to break above 22300 (near the trendline drawn above). I’ll look to short it in the upcoming days/weeks, if a nice opportunity arises.

Watch the ASX closely for a buying opportunity.

The ASX has broken new highs and bulls will continue to buy on every opportunity.
Source: MetaTrader 4

The ASX has had a whirlwind of a 2016, and bulls are pleased that it has broken new highs. I would be looking to enter on pullbacks to the EMA, preferably near the breakout support level of roughly 5550, and ride up for a nice bull trend trade.

Short AUDUSD, but wait for pullback to EMA + bearish bars for a  higher probability trade.

The AUDUSD looks bearish and should be unable to hold support at 0.71400.
Source: MetaTrader 4

AUDUSD has seen multiple trendlines broken. The bullish move in early 2016 was broken significantly, and the sideways market that took 6 months to develop also saw its end, causing me to believe the market is transitioning into a bear market. Bears will look to short at every opportunity, which means smart traders will go short, preferably near the EMA, and until bearish signal bars appear. Possible price levels to observe at 0.73000, 0.74000, and 0.75000 (all these present good shorting opportunities).

Sideways on GBPUSD; look for opportunities in both directions.

The GBPUSD looks sideways and must be traded like how a sideways market should.
Source: MetaTrader 4

GBPUSD has seen a humongous correction (almost 20%) in the past 6 months, and should still trade like a sideways market for some time before traders decide where it should finally end up. Buying low and selling high, though simple as it sounds, is the suitable strategy for such a market context.

Short on NZDUSD on every opportunity! (but read the cautionary notes below before you trade)

Good time to short on NZDUSD, but caution is advised.
Source: MetaTrader 4

Classic head and shoulders on NZDUSD, strong bearish bars in recent times, and a breakout from the prior support. A bearish bar near the EMA gives good reason to go short, but I’ll be hesitant and do the following:

Some of the upcoming unemployment figures, and the NFP announcement on Friday.
Source: myfxbook.com/forex-economic-calendar

The first week of 2017 will see 4 unemployment rate announcements. No shocker expected here, because the main market-moving news will be the NFP announcement on 6 January, Friday. Intra-day traders can keep their eyes peeled for the hours surrounding the NFP, which happens at 21:30 hours (Singapore time).

This week is a week with a number of great opportunities. Happy trading, and wishing everyone a great start to the new year! 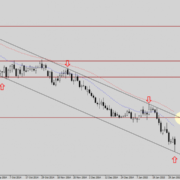 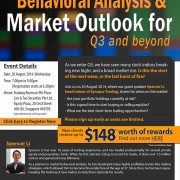 Guest Speaker at Show FX Asia Conference 2017 – Thank You for the Support!

Invited to Share the Stage with Jim Rogers at INVEST GLOBAL 2015! 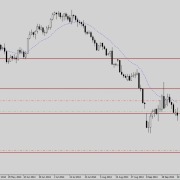 Weekly Market Analysis – Can the Economy Get Back on Track?
0 replies